If you've ever had a panic attack, not repeating the experience becomes a priority. They can be frightening and emotionally and physically draining. Try as you might, it is impossible to avoid another panic attack through sheer willpower. But no one wants to have to deal with it. There are a number of coping mechanisms that can be learned to help minimise the impact of a panic attack, and yet it's important to not be dismissive of the potential seriousness of the issue, and as such, treatment might be necessary.

During a Panic Attack

The Guardian newspaper published a helpful list of ways to manage a panic attack. Some of these might sound logical, such as exercises to control your breathing in order to prevent hyperventilating. There is also some practical information about what to do when affected by a panic attack when you're out and about. If you're not safely at home, it can be difficult to isolate yourself in a quiet environment until the attack subsides. In these cases, it can be helpful to focus on a single item, such as a fixed point, so as to block out external stimuli. It can also be prudent to try these methods at home while not affected by a panic attack, essentially rehearsing for this unfortunate potential scenario.

After a Panic Attack

A panic attack can be draining, both emotionally and physically. Your nervous system has been overstimulated, and the stress on your body is immediately obvious during the attack, with effects that linger as the attack passes. If you're not at home during the attack, it can be beneficial to make your way home as soon as you feel able. As your adrenaline levels have spiked during the attack, you might find yourself feeling extremely tired as these levels decline. Rest can be an essential part of recovery, although of course it is not a cure and is not going to prevent further panic attacks.

Panic attacks can have multiple contributing factors, and this can help to determine the best course of treatment. They can be the result of direct, specific stimuli (such as a response to a phobia), or they could be a manifestation of an anxiety disorder. It's crucial that you don't take a wait-and-see approach, and a consultation with your doctor is the best first step. They might refer you to consult with a psychologist or a counsellor, particularly when it's suspected that depression or any kind of depressive disorder could be contributing to these attacks. Treatment can include therapy (with a pragmatic approach to identify and avoid triggers) as well as medication, but the best course of action will depend on your specific needs.

A panic attack can feel like nothing else you've ever experienced, and it's important to take the necessary steps to safeguard your emotional wellbeing by decreasing the chances of future attacks happening. 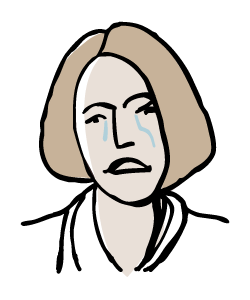 Hi, there! My name is Brenda and this is the story of how counselling helped me to overcome some emotional difficulties I was experiencing. I was subjected to a lot of bullying as a child and this caused me to experience a lot of anxiety in later life. I struggled with this for many years until a friend suggested that I see a counsellor. The counsellor helped me to explore how I was feeling so I could come to terms with what had happened. I am now much happier. I decided to write this blog so I could help others.

Could It Be the Right Time to See a Psychiatrist? 3 Signs You Shouldn't Ignore
31 August 2020
Some people can't imagine being diagnosed with a mental illness, even though it's a common health condition these days. People suffering from mental i …

Is Marriage Counselling Right For Your Relationship?
18 November 2018
Most couples getting into marriage tend to have a positive outlook on their relationship with the hope that they will spend the rest of their life wit …

Two signs that you've found a good counsellor
15 November 2018
If you're currently receiving counselling, here are two signs that the counsellor is good at what they do. They can recall most of the important infor …